In which we discuss the founding of the Cheka and the alarming use of unmarked soldiers in America today.

The secret police work on the assumption of a reality with two-tiers. One is a draconian, arbitrary system of 'justice' where the enemies of the state are both everywhere and nowhere, and there is the system by which they themselves are judged and purged. This is referenced in Yvgenia Albat's seminal work on the Russian security organs (you may know them better as the Cheka, NKVD or KGB, but they now go by the name FSB and pretty much ARE the Russian government at present. The term Albats uses is "State-within-a-State".

To give context, Lenin founded the Cheka together with Felix Dzerzhinsky in 1917 to deal with internal dissent. Dzerzhinsky (or "Iron Felix" as he was nicknamed and so he will be referred to henceforth to save my fingers) was the principal architect of the great purge and Red Terror. The Cheka under Iron Felix and his successors (Yagoda, Beria etc.) waged a campaign against the people of Russia.  According to historian Robert Pipes:

“Dzerzhinskii [the founder of the Cheka], echoed by Lenin, liked to boast that the terror and its agency, the Cheka had saved the Revolution.”

It somewhat undercuts your populist narrative when the way you consolidate power is by founding a secret police force with the sole goal of sowing terror, doesn't it? The Bolsheviks were deeply unpopular compared to the Social Revolutionaries or even the anarchists, then a major force in Russian politics. They could claim no mandate from the people (the very term, 'Bolshevik' means 'Majority' and would be hilarious if not for the body count).
So Lenin's and Iron Felix's solution to their lack of support was to beat, rape and terrorize the Russian people into submission using the Cheka. Here is Albat's account of the Cheka's methods:

“It was a bacchanal of violence: throughout the country, without investigation or trial, the Chekists [of an earlier generation] raged. They tortured old men and raped schoolgirls and killed parents before the eyes of their children. They impaled people, beat them with an iron glove, put wet leather 'crowns' on their heads, buried them alive, locked them in cells where the floor was covered with corpses. Amazing, isn't it that today's agents do not blanch to call themselves Chekists, and proudly claim Dzerzhinsky's legacy?"

Iron Felix also oversaw the eradication of the Cossacks as a political and economic class, which left 300,000 dead out of 3 million Cossack citizens.
The Great Purge consumed thousands of lives. That was its point--terror as a means of government. It wasn't the last and it set the tone for the rest of Soviet history.
Historian Robert Chambers summarizes the Cheka's opening purges and the rationale behind them this way:

“The Red Terror gave the population to understand that under a regime that felt no compunctions about executing innocents, innocence was no guarantee of survival: the only hope lay in total self-effacement, combined with a fatalistic acceptance of whatever happened. Once society disintegrated into an agglomeration of human atoms, each fearful of attracting attention and concerned exclusively with physical survival, then it ceased to matter what anyone thought, for the government had sphere of public activity to itself.”

The Cheka didn't vanish--they faded a bit during the Khrushchev Thaw, resurged under Brezhnev and enjoyed an uneasy relationship with Gorbachev until the USSR fell.
A central irony, to read Albats and Anna Politovskaya's work, was that while the United States won the Cold War (For the given value of 'won'), but failed to oust or destroy the Russian Intelligence Organs, who survived and thrived the fall of Communism. The FSB is now more powerful than ever--it is the Russian government--the state within devoured the state without.
***

We are fortunate that Trump is not a Lenin, or a Hitler, or even a Stalin. His disorganization, lack of cohesion and petulance, are virtues in this situation in that they prevent him from reaching his implied and stated goals of supreme power. This fondness for authoritarian policies and posturing on the part of the Trumpists is not new, but it becoming far more overt lately. There are disturbing similarities in the KGB/ICE playbooks, especially their emphasis on skirting any sort of accountability and focus on surprise when making arrests.
None of this Cheka-lite stuff is new, sadly. ICE already is notorious for its authoritarian and secretive procedures against immigrants--using tactics that the KGB was notorious for. Chief among them is the use of surprise and terror and arresting people in public or in places that have long considered to be culturally 'safe' (courthouses, schools, etc.).

This was going on in the background for the last 3.5 years. Abolishing ICE is a noble goal and one that should be pursued with utmost vigor, given its records of human-rights abuses and resistance to even the most mild criticisms. The Department of Homeland Security--of which ICE is a sub-branch-- should also go under the axe--it's a new agency, only about 18 years old, and has done irreparable harm to America's image, citizenry and overall safety.

But I had intended to discuss  was the unnamed and unidentified troops deployed to Oregon--and other cities, or so the government has threatened. At least we were getting there.

This is secret police coming out into the open, but without insignias or personal IDs. On the surface that sounds good--if they are out in the open, they can't be secret, just stands to reason.
The reason that federal forces are being used in this way is to try to dis-incentivize (or criminalize) the act of protest. Federal troops are being used to "punish" Democratic states and cities.
This isn't about rule of law, for that is an impossibility. Let me explain, looping back to Lenin for a quick second. I don't mean to pick on poor Vladimir Ilych--other monsters have formed secret police, Hitler, Pol Pot, Mao, etc.--but this is the area of history I am most familiar with so it is my reference point.

"As Lazar Kaganovich, secretary of the Central Committee said: 'We reject the concept of the rule of law. If a person who claims the title of Marxist speaks seriously about a law-based state and what is more, applies the concept of a law-based state to the Soviet state, that means he is departing from the Marxist-Leninist teaching about the state."

Trump and Trumpists don't care about rule of law. That has been clear from the beginning. I'd quote Trump directly, but I don't want to dirty up this blog page with his words.
Trumpists care about selective application of the law--when it supports their worldview, prejudices and id--and disregard the law when it does not. Read that quote from Kaganovich again, and replace 'Marxist/Marxist-Leninist' with 'Trumpist' and 'Soviet' with ''Murica' and you'll get the idea. Law, to them, is simply a way of punishing or threatening people that don't fit a Trumpist's in-group, that is to say, all non-white male inhabitants of this country who don't genuflect before the Wart-In-Chief.
For laws to work, they must apply equally to everyone. Secret police (and the growing surveillance state we live in) are reflective of a weakness in the rule of law. It shows lack of legitimacy, rather than a source of legitimacy, in government.

But the similarities to the founding of the Cheka (we don't talk about Erik Prince here, or his attempt to make a spy-ring-for-Trump) are profound. A deeply unpopular ruling party wants to consolidate power, and to do this uses force (or the threat of force) to attempt to intimidate the populace into compliance.

If there is one thing to take from this discussion, it is that those who work for secret police are cowards. Journalist Yevgenia Albats had access to the files at Lubyanka prison, their headquarters, after the USSR fell, and observed the chaos as every member of the intelligence organs burned, shredded or hid any document that gave substantial or identifying information on themselves. They tripped over one another to rat each other out to the investigative reporter.
To this day, even though the FSB is the Russian government, they have never released accurate numbers as to their numbers of employees or informants.
Albats has interviewed more than a few of the former Organs employees, and her analysis of them is anything but favorable:

"I began to understand truly that the power of the political police rested squarely on the absence of our resistance, on our passivity and fear. Theirs is a cowards ideology, nervously dependent on shadowing and spying and trusting no one. Ultimately, the years of looking over their shoulders cripple them; they fall apart the moment their "monolithic unity" is breached. Individually, alone, they are not wolves, but jackals."

In short, secret police depend upon you being afraid of them to get their power, and anything that confronts them directly removes that from them. They can't stand being confronted directly. To strip them of the advantage of surprise is to take away a substantial part of their power.

I don't know what to make of the government using unidentified troops to forcibly provoke violence in cities. It's something I have no context for in my lifetime. But a house divided against itself cannot stand, as Lincoln said, and America must not become a state-within-a-state. 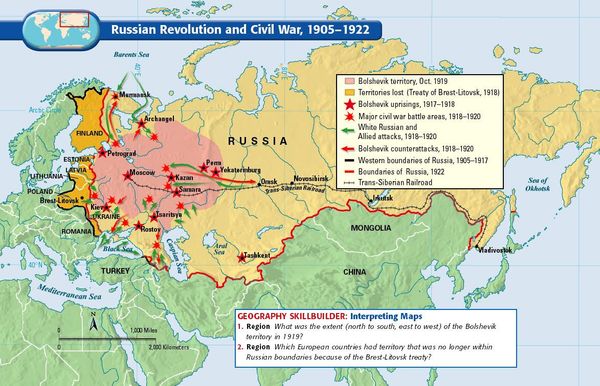 In which we use music to look at the horrors of the Russian Civil War. 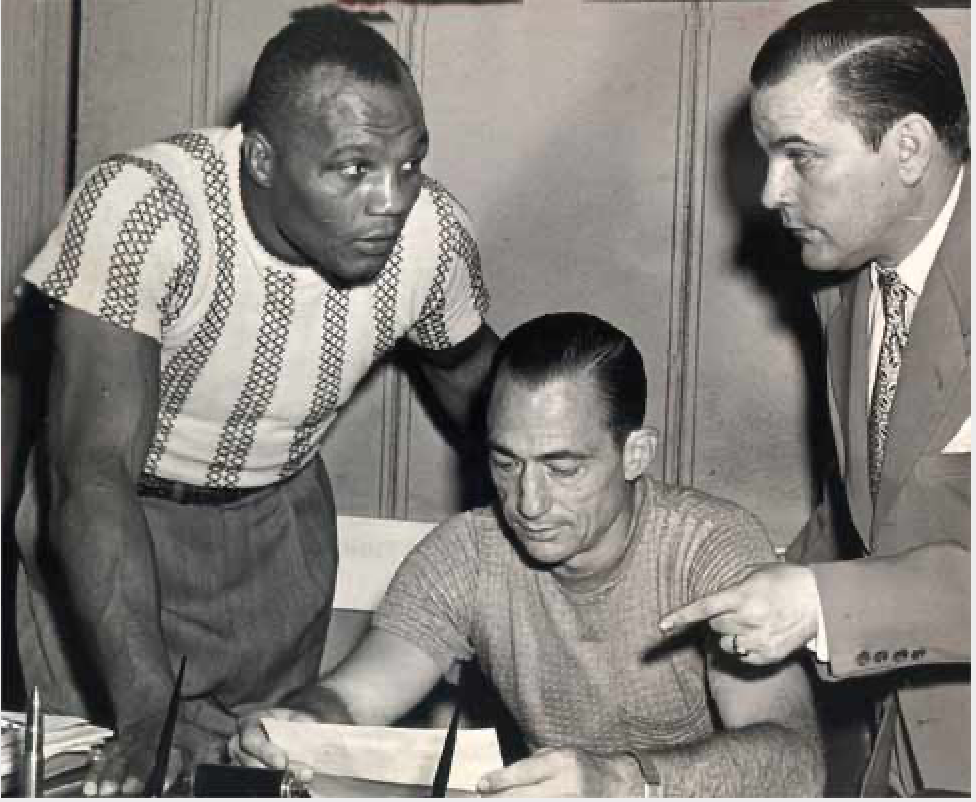 In which we talk about the associative aspects of history, crime and some small talk about boxing in the 1950s.