I made a video discussing that terrible last year of Kolchak's life with the help of Sewer Rats Productions!

Here is how I got to this video, with sources.

This is far from an exhaustive list of the sources that I've read and notated over the last few months on the Russian Civil War. It is naturally, a complex affair with multiple betrayals, formations of ephemeral republics, and lands rapidly switching hands between armies.

Guinness places the Russian Civil War as the most costly civil war in human history, with 1.5 million combatants dead and a staggering 8 million civilian deaths by violence, exposure or famine resulting from the war.

If you want to get started on researching this chaotic, bloody period of history (from about 1917-1921), here are some resources I found particularly useful in crafting my work on Alexander Kolchak (and other figures in this strange, sanguine time).

1. Bobrick, Benson. East of the Sun: The Epic Conquest and Tragic History of Siberia.

This was my initial foray into Russian history. Bobrick discusses the history of Siberia from the time of Ivan Grozny to present day, but spends a fair amount of time discussing the Siberian theatre of the Russian civil war. He lingers a fair amount on Kolchak, describing him as "Short, high-strung and humorless." I admit that his description of the Dictator of Siberia was what pushed me towards deeper research on this strange character.

Written shortly after the fall of the USSR, Thubron's travel text guide the reader through the chaos and dissolution of the largest part of Russia. Thubron writes eloquently about the problems present in Siberia in the 90s--rampant alcoholism, scant environmental regulations for heavy industry the resulting in the poisoning of whole river and towns, systemic corruption, and a non-inconsiderable amount of Siberians who simply survive by subsistence farming. Thurbron spends much of his time drinking with down-and-out-Siberians, telling their stories in his text. However, he also lingers at great lengths on the many scars left on the whispering land by wars, czars, and cossacks, especially during the Russian Civil War, before the implementation of gulags by the Soviets. Heartily recommend.

Pretty much the ultimate reference guide for a historian to give a solid grounding of general trends and forces. Wells also travelled to Russia during the Russian civil war and conducted interviews with Lenin and Gorky (later returning in 1934 to interview Stalin of all people). He also in one of his other works, RUSSIA IN THE SHADOWS chronicles his assessment of the Bolshevik rebuilding of Russia in 1920. This didn't stop him from ridiculing Marxism as a form of pedantry, and seemed to take particular offense at Marx's statues, particularly the beard. To paraphrase Wells, he referred to Marx's beard as "...not so much something that is grown, but something that is inflicted upon the world at large," and expressed a wish to shave the beard off all the Marx statues he saw.

The firsthand account of an American general who was in charge of troops guarding the Kolchak-possessed Trans-Siberian Railroad. Graves was a career military man who resented both the attempts of the British and Japanese for the Americans to lend more assistance to Kolchak's autocratic government of Siberia. He didn't mince words, and his indictment of Kolchak both personally and of his autocratic methods of government is scathing. Consider this quote:

Graves  noted that if he had his way, that due to the sheer amount of Siberian refugees that came to the American troops and embassy, he would have personally hanged Kolchak's Cossack hirelings from posts outside the embassy. Definitely recommend reading.

5. The Unearthed Letters of Alexander Kolchak (Reported in the Siberian Times)

Recent article on the recovery of Kolchak's personal letters to his family abroad, among other things. Alone among the sources I was able to collect on this man, does this cast anything even resembling a human light on this strange aristocratic figure. It is strange to see such a reviled figure being given statues, let alone remembered fondly, but I suppose compared to the horrors Russia would suffer after Kolchak died, his brand of autocratic brutality must seem mild in comparison to Stalin's gulags and purges.

6. Payne, Robert. The Life and Death of Lenin.

A biography of Lenin from the 1960s that goes into great detail about the Russian Civil War and Lenin's postures, stances and maneuvers in the same exhaustive manner that Payne chronicles everything. Less is said about Kolchak here, but much is said about what it meant to be a Bolshevik--and so much of that depended on where you were in Russia and when (Kolchakian use of the word 'Bolshevik' meant "Anyone who doesn't militantly support my absolute right to reinstate the czar can be shot out of hand"). Heartily recommended reading, especially for it's timeline of the multiple Russian revolutions and assassination attempts on the czarist officials leading up to 1917.

These are the sources that most directly deal with Kolchak, besides innumerable secondary sources and summaries of the Russian Civil war too long to list for a longer view. This page will be updated as my attention in the Russian Civil War drifts from Siberia to the Ukraine--which means Trotsky, Kolchak, and Nestor Makhno will all uncomfortably share a common reference page.

Gods, can you imagine sticking the founder of the Red Army, the Dictator of the White Army and the head of the anarchist Black Army in one room together? You'd have to sluice it out afterwards.

If you would like to see me answer questions on Kolchak and the Russian Civil war, there's a helpful video of me doing just that!

In which some bastards get what they deserve, and others assuredly do not. 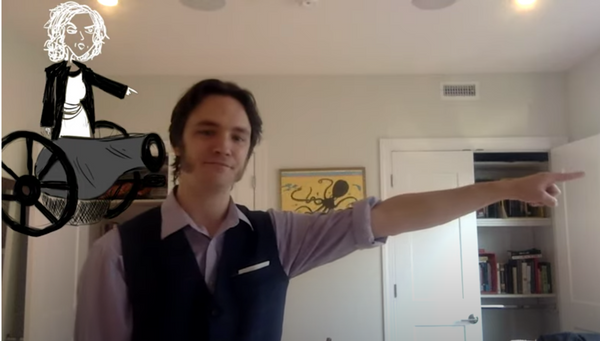 In which we try figure out why Caterina was the way she was by looking at her childhood, then jump to her threatening the Vatican with artillery when she finally runs low on patience.