For those of you who prefer your stories told in order, go here for part one in the series, where we introduce the three major figures in Caterina Sforza's early life. But, if like me, you don't mind jumping into a story part way through and think that chronology is at best a handrail, feel free to plunge right in! If you'd like to skip ahead to the guns, the blood and guts and threatening to blow cardinals to heaven prematurely and not deal with Caterina's childhood, you have this video below I made with Sewer Rats Productions (and answer historical questions).

Here is the juicy details I didn't have time to get into in the video, re: Caterina's childhood.

Caterina Sforza was born in Milan in 1463, daughter of Galeazzo Maria Sforza and Lucrezia Landriani.

Caterina was born a bastard. Her mother, Lucrezia, was married to another, but since when did that stop Galeazzo Maria? Fortunately, bastardry mattered much less in Italy during the Renaissance compared to the rest of Europe. Bastards could and did regularly inherit land and titles.

The Italian Renaissance had a plentitude of bastards, in every sense of the word.

Lucrezia Landriani didn't raise Caterina, who was swiftly legitimized and whisked away to  Milan to be raised  with the rest of Galeazzo Maria's children. Lucrezia's other children, Caterina's half-siblings, will enter the story at a later date. Suffice to say that Lucrezia's children had very similar taste in suitors to Caterina and leave it at that.

Milan was an idyllic place for young Caterina. As a noble, she was insulated from hunger and strife behind strong walls and privilege.

Milan was one of the richest places in Italy culturally and materially. It produced high fashion clothes, art and high-tech armor in equal measure.  Growing up in the ruling classes, Caterina would have been surrounded by fashionable people.

Elizabeth Lev quotes Michelangelo, remarking on the Italians of this period's love of fashion and of dagged sleeves in particular.

"I remember having seen them in my childhood, grown men and young boys going about with every single edge of their clothing dagged, from head to toe and down the right and left sides. At the time it seemed such a wonderful invention that they dagged the dags."

It wasn't all high fashion, either. Milan at the time was a center of technological innovation, especially in the realms of armor. A whole street, the Via dei Spadari, the street of swordsmiths, was a hotbed of new techniques. The introduction of asymmetrical plates allowed for significant lightening of armor without sacrificing protection and was in great demand throughout Europe.

All in all, Milan must have been a bright and vibrant place for the tempestuous Caterina. It was a cosmopolitan childhood, to put it lightly.

Caterina Sforza received a remarkably thorough education, even by Renaissance standards. The Sforzas had access to a truly massive library for the time, with over a thousand volumes available. Young Caterina had a humanist education, for example--learning to read Latin, with emphasis given to Ancient Roman writers like Cicero and Seneca.
The standard instruction in the lives of saints was another part of her education, Caterina was particularly struck by the life of her namesake, Catherine of Alexandria a scholar and martyr from the fourth century. According to Elizabeth Lev, Boccacio's work Illustrious Women  was another major influence on the young child. It was the first major work dealing exclusively with the biographies of women in the Western world, it was focused on the achievement of great deeds rather than strict morality and included quite a few bawdy sex scenes. Little did Caterina suspect (but perhaps dream) that she would be included in the updated version of this book when she turned thirty three.

From the beginning, ambition and guile were fostered in Caterina Sforza.
But Caterina's stroke of luck was in being born and raised a Sforza. The Sforzas were relatively new money among the Renaissance upper-crust, having fought their way up from mercenary-hood to seize control of Milan (it's more complicated than that but I digress). The Sforzas were more egalitarian than most when it came to their children's educations.

This meant that Caterina (and her brothers and sisters) got the basics of a military education, from tactics to politics to combat. This was the exception, rather than the rule in Europe at this time. Typically instruction in matters martial was for boys only.
Caterina showed a real talent for the military side of things, even as a child.
The Sforzas were particularly fond of hunting--and had a huge game-park at Pavia, a short distance from Milan. They viewed it as training for war, and politics.
Caterina was taken along on hunts from the age of five, often wielding a little knife with gold gilt on it. Together with her grandmother and stepmother, Caterina would hunt red deer, boar and even ostriches.

"Eight year old Caterina and her siblings were outfitted with new clothes, more elaborate than anything they had ever worn. In March 1471 the family set out in a flamboyant show of wealth that left onlookers marveling. Fourteen carriages decorated in gold and silver and drawn by horses draped in cloth of gold accompanied the ladies. The family escort comprised two thousand cavalrymen and five hundred infantrymen wearing silk costumes in the Sforza colors, red and white. To enliven the journey, the duke brought a thousand dogs and innumerable hawks and falcons as well as dwarfs, jesters and musicians."

Naturally, such a large procession had unintended consequences in the places they visited. Prescott, in Princes of the Renaissance quotes the Roman diarist Infesura, chronicling a later visit between Italian potentates, also with a large baggage train of predatory birds, saying:

"The number of falcons which the Neapolitans brought with them [to Rome] completely cleared the city and all the neighborhood of owls."

Galeazzo Maria Sforza had hoped to impress the Medici, specifically Lorenzo the Magnificent, with a show of opulence and extravagance. Prior to Sforza rule over Milan, the Milanese and Florentines had been bitter enemies. Thanks to close ties between the Florentine Medici family and the Sforzas, Florence and Milan remained close allies during Sforza rule over Milan.

This was Caterina's first trip in style to places outside Milan. Florence made quite an impression on the young girl. The Medicis, who  ruled Florence, didn't follow the Sforza playbook of fortifying themselves inside castles.

Instead of trusting turrets, moats  and soldiers, the Medici lived in a mansion in the middle of Florence.
Instead of bright Milanese colors on the clothes of the citizens, Florence had strict sumptuary laws prohibiting ostentatious displays of wealth.  This must have been a new experience for the young Caterina, who met the current ruler of the Medici (and perhaps the most famous of the lot) Lorenzo the Magnificent. Elizabeth Lev maintains that the young Sforza admired the studious Florentine ruler, and the seeds of love for this southern city were planted during this visit.

In later years, Caterina would even be aware of an assassination plot against this strange, ugly, brilliant man at the hands of her then-husband, Girolamo Riario, igniting the Pazzi War. But that's another story.
This wouldn't be the last time that young Caterina crossed path with the powerful Medici of Florence. They would remain a factor throughout her long and whirlwind life, and she would eventually take her last breath in that city she first visited as a child of eight.
All in all, there seldom was a dull moment in the childhood of Caterina Sforza. Surrounded by learning, trained in combat and hunting, and wildly ambitious even when young, it must have been a good childhood, so far as things went .
But all good things must come to an end. The next blog will be on Caterina Sforza's marriage, and emergence into the broader world of Italian, specifically Papal, politics.

If you want to hear me answer some questions about Caterina Sforza, click the video below! 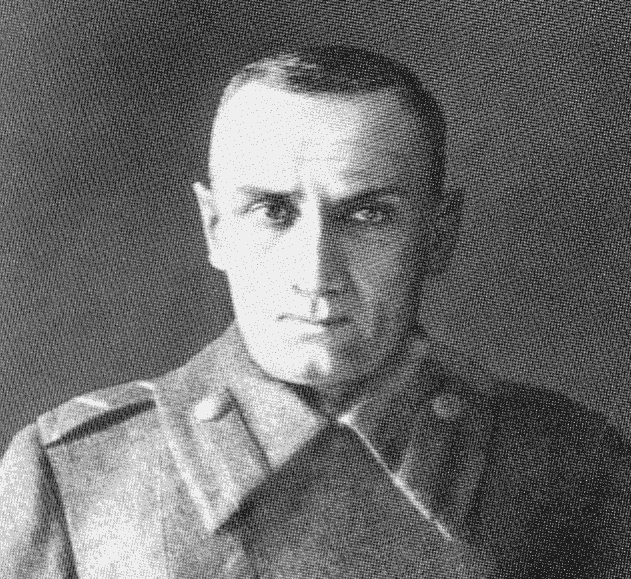 In which we discuss the unhappy final year of Alexander Kolchak, and the sources that helped make this story.

Caterina Sforza (1463-1509) one of the more fascinating figures of the Italian Renaissance. This blog on the life and times of Caterina Sforza is part one of many. In this particular one, we're going to be examining the three most important people in her