In which we discuss the newborn Venetian empire's brush with disaster, the collapse of the Latin empire, Byzantium's uncomfortable second wind, and of course, the Mongols and Genoans getting along like gangbusters.
If you want some additional context, you can always go here.

Under the leadership of  Michael Paleologus, the Byzantines had managed to snatch back what remained of their former empire from the ruins of the Latin empire. The newly enthroned Michael Paleogus had little patience for the prevaricating Venetians in Constantinople. He swiftly stripped them of their major trade benefits and their favored quarter of Constantinople. Worse, he gave these benefits to the Genoans, arch-enemies of Venice.

The Venetians doubtless insisted to the unexpectedly revivified Byzantines that the events of the Fourth Crusade were:
1) A long time ago!
2) Water under the bridge, Mikey, don't be unreasonable! Please don't take our plum trade routes and favored position at court!
3) Besides, it was a joke, man, a joke, don't you have a sense of humor?

Michael Paleologus was largely unmoved by these entreaties.

If the Venetians were on the outs with the Byzantines, that potentially could stop them from reaching the Black Sea region at all--more than a third of their trade routes were contained there!

Clearly, this was very bad. And a new customer had just set up shop on the other side of the Black Sea, one that was more than willing to talk trade...I'm of course referring to the Mongols here. The Ilkhanate specifically.

The Ilkhanate Mongol Khanate in 300 words or less I swear

The Ilkhanate—newly established by the Toluid Hulegu occupied the majority of the middle east—most of present-day Iran and Iraq with ambitions to expand into Syria and Egypt, a desire thwarted by the Mamluk sultanate for a number of reasons.

In doing so, Hulegu also managed to piss off the Golden Horde, who in theory had rights to the lands he had conquered. Hulegu decided instead to make the middle east his own empire there after the death of his brother, the great khan, on the grounds that nobody could stop him and what was the Golden Horde gonna do about it?

Hulegu was not a moderate man—his father Tolui had been uncomfortably pro-war and murder to the point where Genghis Khan had to tell him to control himself and his bloodlust on multiple occasions. When you’re too much for Genghis Khan, you are in trouble.

To name but one of countless examples, the Mongols under Hulegu more or less destroyed the Shi’i Ismaili sect of Islam (called assassins, which is more than a bit reductive and over-simplifying). In Surviving the Mongols: Nizahari Quhistani and the Continuity of Ismaili Tradition in Persia historian Nadia Eboo Jamal describes the Mongols attack on the Ismaili:

“The Mongol conquest of Persia was destructive to all its inhabitants, especially those communities who happened to offer resistance to conquerors. For the Nizari Ismailis of Persia, it was the single most disastrous even in their history…according to the sources that have come down to us, a large proportion of the Ismaili population was exterminated by the invaders, the Ismaili Imam of the time was taken into custody and later murdered and the community ceased to exercise any influence, or even make it’s make its physical presence known publicly, for several centuries to come.”

Jamal then goes on to mention that one of our best sources on the Ilkhanate—indeed an eyewitness and participant in their conquests, the historian Juwayni, at the captured Ismaili castle of Alamut. Upon seeing the Ismaili’s justly famous and exhaustive library, he took a few scrolls and astronomical instruments—then allowed the rest—worlds worth of knowledge and literature—to be torched.

The Mongols also sacked Baghdad rather thoroughly, though the depths of the destruction are contested. Historian Yusuf Chaudhary disputes the popular line on the sacking of libraries in particular in this insightful blog post.

In Buddhism and Islam on the Silk Road, historian Jan Elverskog says:

“…the Ilkhans wanted the Jochids [Golden Horde] to stop the slave trade with Egypt since Turkish slaves directly supported the Mamluks military power. Complying with this Ilkhanid request would have put an end to the Golden Horde’s main engine of economic growth. Thus they refused. To make matters worse, the Jochids were furious about the Ilkhanid claims to the territory of northern Iran and its economic resource-base…”

In summary, the Ilkhanate had surrounded itself by enemies--the Mamluks to the south, the Golden Horde to the north and the Chagahatids to the west.

As you can see in the map below, the Ilkhanate and Golden Horde share some uncomfortable-looking borders along the Black Sea. The Genoans and Venetians weren't strangers to the Black Sea area--as early as the 1230s, they capitalized on the refugee crisis caused by the Mongols to make a quick buck.

To quote D. Fairchild Ruggles in his biography of the Mamluk sultana, Shajar Al-Durr:

“The poor Qipchaks suffered terribly from the Mongol onslaughts in the 1230s and the ensuing social upheaval and starvation made them a prime source for slaves. The market was flooded with slaves who were presumably fattened and groomed so that they would be valued for the “perfection of their physique and beauty of their visage.”

There were land routes for slaves, but certainly the Venetians and Genoans weren't against profiting from the horrors of empire. The slave trade of the time would be a multi-million (maybe billion?) dollar industry today. It was this profitable industry that Michael Paleologus had threatened when he censured Venice and threatened its trade routes.

The slave trade and regular trade out of the Pontic steppe/Black Sea region wasn’t just absurdly profitable for Genoa and Venice—it produced fashion and naming trends unique to the time and era. To quote from Jackson's work, The Mongols and the West:

“One symptom of the ‘vogue of the East’ as it has been called, is the frequency with which Genoese, Venetians and other Italians adopted Mongol names for their new-born children: Can Grande (‘Great Khan’), Aloane (Hulegu), Argone (Arghun), Cassano (Ghazan) and so on—though all these names, significantly, were borrowed from the friendly Ilkhans.”

Even after the resolution (See below) of the crisis with the Byzantines, Venice and Genoa would have strained relationships with the Ilkhans, Golden Horde and other steppe empires bordering the Black Sea.

There was a whole series proxy and frontier war between Genoa, Venice and the various steppe empires that had settled on the far side of the Black Sea. This went on for some time—the Ilkhanate wasn’t especially long lived as an empire, but the Golden Horde—it’s arch-rival and competitor in what is now mostly modern-day Russia—splintered slowly apart over the centuries.  In one memorable event, the Genoans got greedy in an especially horrible way:

“In 1308, it was the turn of Toqto’a [a khan], on the grounds that the Genoese were kidnapping and enslaving his subjects; perhaps too, he resented their close relations with his enemy the Ilkhan. In the wake of this latter attack, the town [Kaffa] was abandoned for five years.”

Kaffa would later be sieged by steppe peoples several times, including the (possibly apocryphal) time that the horsemen catapulted bodies infected with the black death over the walls and introduced the plague to Europe in this roundabout way. But I digress. Venice and Genoa, like the Mongols, and all empires, were dependent on the slave trade for a wide margin of their profits, influence and power and were loath to give it up.

Venice: Saved by The Bell

Fortunately for the new empire,  the worst of the Venetians fears never fully materialized. Michael Paleologus might have had no sense of humor whatsoever, but he soon realized that he couldn't exactly get all the revenge he would have liked on the Venetians. He had other, bigger fish to fry, like stabilizing and consolidating his empire. He decided it would be much more profitable for the reborn Byzantium to allow the Genoans and Venetians to fight among themselves for Byzantium's favor. Plus, the Genoese had immediately made themselves insufferable with their newly granted position, and if there is anything more irritating than a smug Genoan, I haven't found it in these texts.

Or, to borrow the words of historian JJ Norwich:

"In Constantinople, meanwhile, the insolence and the arrogance of the newly privileged Genoese were making them if anything even more unpopular than the Venetians had been in the past; and, as the news of one Venetian victory after another reached the imperial palace, so Michael's sympathies began to change. He too had a war on his hands, against the remaining petty princelings of the Latin east and the Greek despots of Epirus, none of whom were willing to return their territories to the restored empire--an attitude for which they were receiving powerful support from the Pope and from Frederick II's son Manfred of Sicily, Michael was himself in desperate need of money to rebuild both his capital and shattered fleet; his Genoese alliance, instead of providing it, was involving him in further heavy expenditure--for which he was getting remarkably little in return. By 1264, Greek ambassadors were in Venice and in the following year a treaty was drawn up offering the Republic privileges which, if they did not quite equal those that had been lost, represented at least an impressive improvement on the existing state of affairs."

Venice had narrowly avoided disaster thanks less to genius on her part, but more due to the hubris and weakness of her antagonists. 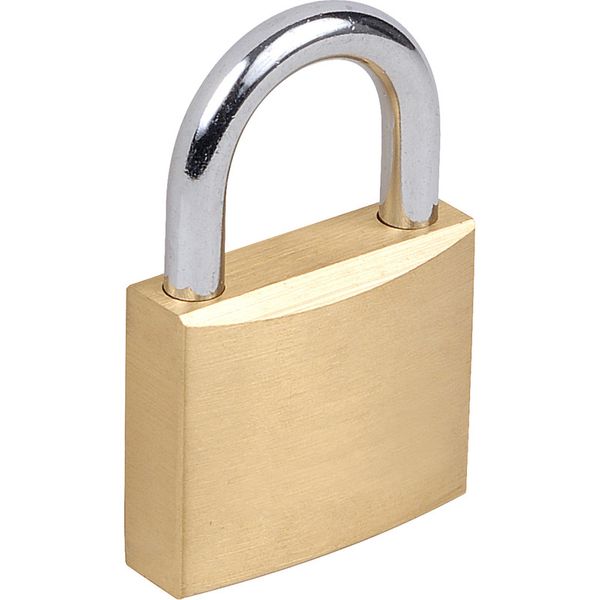 In which the Venetian oligarchs harden the barriers to social advancement, secure their own positions and profits, and Genoa decides to really show Venice what for a century later. Good times. 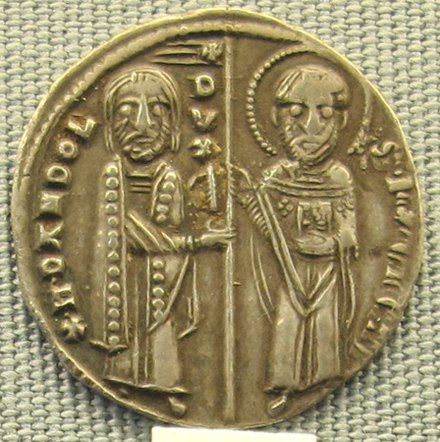 In which art is stolen, a blind man sees his way clear to making Venice an empire and various crimes are committed.