This is the last episode in a series on Venice and its limited weird history, especially in regards to its relationship with the office of the doge.

Some points that I think bear some further fleshing out:

To the surprise of no-one, the oligarchs of Venice refused to stir themselves even to the defense of the Republic that guaranteed their wealth (did a blog about this subject here). Prior to the events that led to the French invasion and annexation of the Republic, several attempts had been made to update their arsenal to compete on the level of another major world power, or even a competent local actor.

These attempts at reform went nowhere. The inertia and sluggishness of the Republic's oligarchic culture was simply too much to overcome despite some truly energetic efforts to update their military and civilian infrastructure. Similarly, Venice's diplomatic and intelligence services--once among the most formidable in the world--had the wool pulled over their eyes repeatedly by the Austrians, then the French. To paraphrase JJ Norwhich's History of Venice: bad enough that the Republic had shown itself to be militarily weak, but now she'd shown herself to be gullible as well.

The Republic might fail, the oligarchs tacitly admitted through their self-interested actions, but they weren't willing to risk their positions, reputations or personal wealth even to forestall its fall.

These combination of factors, briefly put, were basically chum in shark-infested waters. Enter one of my least favorite people...

Napoleon is just the worst

So it didn't take much to give someone like Napoleon, a sharp and sharkish-type, an opening to invade Venice itself. He put some troops on Venetian terra firma after bullying them about not being TRULY neutral--if they were, he reasoned, they wouldn't have let Austrian troops use their roads unmolested.

The results of French troops on Venetian soil was entirely predictable. An army anywhere of any alignment is an evil, no matter how well behaved on paper.

A year later, in Egypt another victim of Napoleon's ambitions, the scholar Al-Jabarti, would write about the typical French soldier's behavior even in the best company with obvious horror:

"Whenever a Frenchman has to perform an act of nature he does so wherever he happens to be, even in full view of people, and he goes away as he is, without washing his private parts after defecation. If he is a man of taste and refinement, he will wipe himself with whatever he finds, even with a paper with writing on it, otherwise he remains as he is. They have intercourse with any woman who pleases them and vice versa."

Things quickly came to a head in the Venetian city of Verona, where the troops aggravated the inhabitants, harrassed them and shot them on no pretext. Unsurprisingly, the whole city rose up against the French, led by the clergy. The Veronans succeeded in driving out the French briefly, until reinforcements arrived and carried out bloody street-to-street-fighting and reprisals. The Venetians didn't intervene in this slaughter--in fact, according to Norwich the two Venetian governors of Verona had slipped out of the city disguised as peasants at the first sign of trouble. Venice would not send troops or help its own citizens. That might cause trouble.

The result of this inaction was devastating for the Republic. Their action immediately after this was to seize a French lugger off of the Venetian port of Lido and to imprison its crew, a spectacular blunder for a power desperately trying at all costs to avoid a military conflict.

Napoleon knew how to make the most out of a supposed scandal and played for the back-seats of public opinion in his response to Venetian reprisals on French troops, managing to take the moral high ground when his troops had massacred innocents not long ago:

"...I will tolerate none of your inquisitions, your medieval barbarities. Every man must be free to express his own opinions...and what of my men, whom you Venetians have murdered? My soldiers call out for vengeance and I cannot deny it to them...I shall be an Attilla to the State of Venice."

This is a bit rich coming from a man famous for his iron hand on all public discourse, but we must accept that from the beginning, Napoleon had no scruples other than what sounded good and would increase his reputation.

In any case, it was too late for Venice. Napoleon marched on the city, it fell swiftly, and that was the end of the Republic.

It wasn't just Venice as a polity and empire that Napoleon destroyed as he grew his empire. He did the same to Genoa, Venice's rival, as we have previously discussed, but also the Mamluk rule over Egypt and the Levant.

The Mamluks had been formerly incorporated into the Ottoman Empire under Selim the Grim in 1517, but the Ottomans had used a light touch on the Mamluks, allowing them  a degree of self-determination. The old dynasty that had out-boxed the Mongol Ilkhans fell under the French, who ultimately retreated but left chaos and constant regime change in their wake.

These century old cities and empires crumbled and the world entered a new age. Venice would eventually, quite some time later according to the historian Luigi Storzo, join in the unification of Italy even though it was lead by the Piedmontese--and therefor Venice's old rival Genoa. The Piedmontese were so prominent in the unification of the peninsula that this period (later 19th century) was nicknamed "the Piedmontization of Italy" and led Massimo d'Azeglio to quip: "We've made Italy, and now we must make Italians!"

But of course, all that is a much longer story for another day.

Here's the talkback where we talk about the council of ten, professionalism, the sisterhood of the traveling horse statues (Byzantine, Venetian, French and finally Venetian again!) and Al-Jabarti's relentless criticism of a certain Corsican: 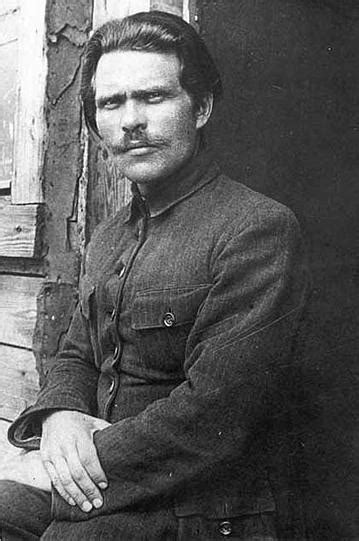 In which I share some exciting news about a book!

Venice invents capitalism through a handy hack involving double entry of numbers. This has some serious consequences for the world.