If you want to catch up on the whacky (and incomplete history) of Venice, I heartily recommend you click here.

1) Double entry book-keeping couldn't possibly be that important to capitalism, could it? Surely you overstate its importance.

Not at all! If anything, I've undersold its cornerstone nature to modern capitalism, and from there, to a neoliberal ideology. Here, a pair of graphs that explain it better than someone like me could. You've already seen the one above, but if anyone has worked in retail or been involved in business in anyway, the more mundane balance-sheet of double-entry looks something like this.

Now that we've gotten the graphs and images out of the way for this section at least, we can see what the scholarship has to say.

Neal E. Robbins in Venice: An Odyssey (Hope, Anger and the Future of Cities) writes around the specific origins of double-entry book-keeping in Venice:

"A Renaissance monk who lived on Giudeca, Luca Bartolomeo, known as the father of modern accounting, developed the algebra that underpins the system--and with the establishment of printing houses in Venice, his discoveries spread around Europe...ironically, Venice's bequest to accounting is responsible for undervaluing its own environment, the lagoon--on which the city's existence depends. Since the eighteenth century, in particular industrialists and agriculturalists, led by politicians, used the lagoon 'for free', acting in a way that left it severely poisoned and eroded. The 'Culture of Water' fundamental to Venice's survival has been lost."

According to Werner Sombart's 1902 book, Der Moderne Kapitalismus, the tome that formally defined capitalism:"It is simply impossible to imagine capitalism without double-entry bookkeeping; they are like form and content."

Author Meredith F. Small in her book on Venice (Inventing the World) quotes Sombart at length, but goes even deeper in her analysis, both of Sombart's work and of Venice in particular. "Double-entry book-keeping was a force multiplier for capitalism since it was uniquely suited to figure out a business's capital assets--the total worth of a business owned by a person...with that attitude, capitalism and consumerism are born...both are acts of the individual, now underscored by corporations that serve individual stockholders who are also looking for acquiring individual wealth or capital."

Small continues,  pointing out, for example, that the serrata of 1297--where the oligarchy trimmed out most routes of class mobility and cemented their own hold on economic and political power--had unexpected results for Venice economically. In the long-term, the Venetian oligarchs had guaranteed their own wealth but assured Venice's eventual economic (and therefor military) decline and vulnerability to outside forces.

Small concludes her chapter on capitalism and Venice saying:
"In Venice one could join the citizens who were dedicated to making money in a governmental atmosphere that allowed individual freedoms, but especially the freedom to get rich. Venice was set to give birth to capitalism and pass along the financial genes oriented towards the god of Consumerism; that path has become the dominant financial system in Western culture, for good or ill."

2. From Capitalism to Neoliberal Hellscape

I return to Robbin's work, in particular his definition of neoliberalism, especially since he manages a task I couldn't, which is to say that he defines it without swearing even once.

Neoliberalism can be thought of as a value of markets over all other considerations, melded with the disregard for everything that cannot be quantified inside its own value-system. Super-capitalism, basically, formalized by Hayek in the early 20th century,  popularized by criminals and murderers like Reagan in the US and Thatcher in the UK and continuing downstream from there. Here's Robbins:

"Apparently, the concept amounts to the veneration of the logic of the market, to the point of ceding political authority to the market and allowing decisions involving human values to be made by profitability.
The ideology called neoliberalism, has spread from purely economic problems to all social issues, seeing humans as a profit and loss calculators, rather than individuals with inalienable rights and duties and reducing the environment of business, rather than something vital to the survival of all life.

Putting a price on everything has played into the hands of the powerful as wealth is concentrated in the hands of the few. Today a single minibus full of the world's billionaires, just twenty-six people, own half as much as half the world's population, while average worker's salaries if paid at the same rate as in the 1970s would be a fifth higher."

Venice's most-world shaking accomplishments have grown up, boomeranged, and are dooming the city that gave them birth.

It would be bad enough if all that there was, if this wasn't a global threat where neoliberalism, capitalism and rapidly hardening barriers to social advancement--or even basic human rights--but it isn't. That is indeed the case.

The world's precarious state has some of its origins in Venice's discovery and evangelism of capitalism, its morphing into the dominant world ideology in the form of neoliberalism where the global north exploits developing nations for profit and 100 private companies consistently endanger the existence of life on this planet for profit. Instead of the divine right of kings, as in older ages, the dominant justification for injustice is the power of the markets.
To sum it up even more succinctly (and in handy song-form):

A bit of a downer, you might say, but knowing the stakes and what has gone before is key to taking action and dismantling the machine of horrors we've built around ourselves. Venice's precarious fate--hollowed out by a right wing government that is absolutely willing to turn the city into a floating museum devoid of inhabitants in the name of day tourism, threatened by pollution and rising waters--ought to be a clarion call for all citizens of the world to act in a way that issues a stirring defeat to this search for a quantifiable, market-driven world that dehumanizes most even as it deifies a handful of repellant figures.

But I'm getting ahead of myself. We still have one episode of Venice's (limited) history to go.

Napoleon ruins everything, Venetians dither and the costs of oligarchy and inequality are realized at last. 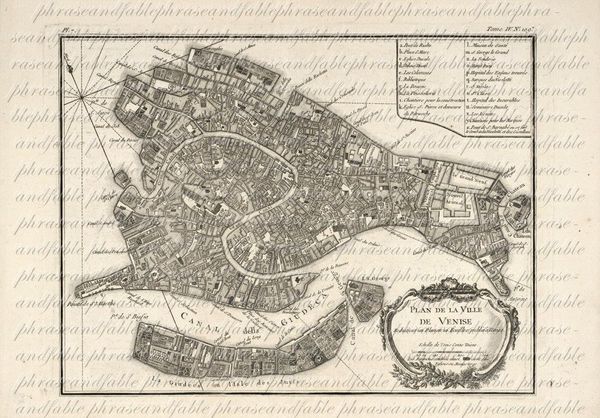 In which pigheadedness and a desire to live in a time capsule mingle with diplomatic cunning!