This is an intermezzo--a brief digression or break, an unscripted video serving as a transition between the weekly videos on the history of the Republic of Venice and the office of the Doge. I feel it important to note that this is not an exhaustive survey of Venetian history or the office of the doge, but it is an examination of how one culture envisioned power and how their government structured itself in response.

If you want to catch up on the series so far, click here.

Onto the subject at hand.

So it turns out that Venetian stories about being a bunch of Roman refugees who made good were just that, huh?

I found the building blocks of empires, guys!

Empires and successfully centralized city states tend to embrace slavery and oppression in one way or another, and Venice was no different. The focus of today's blog is that Venice tried to whitewash the central role of slavery in its founding away in later histories.

You thought we were done with foundational myths? Not by a long shot. Part of the danger of studying history, observes Meredith F. Small in her work Inventing the World: Venice and the Transformation of Western Civilization is that:

“The bigger problem is that a community, social group, culture or state always weave a tale of their origins designed to serve the body telling the story. Sometimes the aim is to provide a historical glue that binds a group and gives people an identity, or makes them feel better than others because their origin is more noble or sacred. At other times, these stories are decidedly political. A government might want its people to feel or act in a certain way, and there’s nothing like an origin story to keep people in line or make them move in a certain direction.”

A large part of early Venetian history (as recorded by Venetians writing after the fact) is dedicated to establishing three things about the Venetian past.

2) They definitely weren't in any way related to the Franks/Carolingians
3) Slave trade? Never heard of it!

Neal E. Robbins, in his work: Venice, an Odyssey, picks up the thread here:

"The archaeology suggests that commerce in the lagoon over these centuries over these centuries focused first on salt and fish, but expanded over time. By the year 800, the Carolingians designated the lagoon as their route to the East, and encouraged the traders already in the lagoon to act as middlemen, conferring on them noble titles. The lagoon ports became fundamental in connecting the area with Mediterranean trade, especially to Alexandria in Egypt. This trade became very profitable for the lagoon dwellers and according to Harvard academic Michael McCormick, medieval historian of great renown, the lagoon traders brought silk, textiles, oils and spices back from Egypt and traveled there to sell valuable cargoes supplied to them by the Franks: European slaves who had been captured as loot in the Carolingian wars across Europe. At the end of the eight and early ninth centuries, the quickly expanding Islamic world was hungry for slave labor for domestic and agricultural work.

Archaeology will usually defeat propaganda, given enough time. What would become the Venetian state was built from the profits of the slave trade. It is not difficult to understand why--the profits for a single slave, let alone thousands, were high and allowed the import of rare products into Europe. To quote some more from Robbins:

The idea that trade was based on slavery, however, is completely removed from the accounts that Venetians wrote much later.

Slaves only get a mention when one of them happens to become a saint and earned liberation. The Venetians whitewashed their own history in the same way that Holland, Belgium, France and others who traded slaves from 1600 to 1700 wold do later. With their Christian faith outlawing trade of Christian slaves, it was something that later Venetians were eager to forget.

It is worth noting that other Italian merchant republics profited hugely from the slave trade. Venice's major rival city-state, Genoa, was a major player in the Black Sea slave trade, shipping Kipchak people displaced by the Mongol Ilkhanate to Egypt where the majority of them were made mamluk, slave-soldiers. The Mamluk Sultanate--formed after the collapse of the Abbassids--couldn't have been formed without the Genoan/Venetian trade routes that brought slaves from the steppes to Egypt, to name but one example.

Whitewashing history of slavery and oppression is scarcely a European-only trend. My own country, the United States, for example has a  long record of denying its founding by slaveowners and slavery's role in the growth of American early wealth. This is to say nothing of current systems of oppression against people of color that are rooted in the foundations of the slave trade and economy.

To pick back up again with Robbins, on the topic of slavery and Venice:

“What seems to have happened is that any source to do with slavery was completely removed from the narrative,” says Calaon. “They exist in documents but not in the historical narration because they are inconvenient.”

By the time Venice began concocting its past in the eleventh and twelfth centuries, the city was truly Byzantine, drawing its arts, ceremony and much of its trade from Byzantium where the Orthodox form of Christianity was practiced. But they were already seeking to break free from the rule of Greek speaking emperors in Constantinople. In writing their own history, Venetian upstarts were anxious to show their claims to independence and their links to Roman ancestry. This comes out in the way they recall how lagoon settlements came to blows with their Frankish overlords in 810…”

All good things come to an end eventually, and the people of the Venetian lagoon got more and more to thinking. What if they could go it alone--without the Carolingians? The profits from their role in the slave trade had made the city that would be Venice very wealthy indeed, and well-connected. As the Carolingians began to fight among themselves, this move towards independence seemed more and more like a good idea--though the exact date of the split is a matter of some debate, and the Byzantines are a whole 'nother kettle of fish. To quote Robbin's summary of the situation:

Only at the end of the ninth century, when the Carolingian Empire was fragmenting, did the lagoon settlers manage to set up their own state, giving the Venetian republic of some 900 years rather than the 1000 more regularly claimed. At the same time, the Venetians made up for fading ties to Islamic Alexandria with reinvigorated links to Byzantium where Venetians had a trade colony and felt more at home culturally.

Of course, history has a direct effect on tourism.  The Venetian tourist industry has largely tried to ignore or minimize this information, largely preferring the mythological version of Venice's founding to history. It's a better story, from the Venetian point of view. Final Robbins quote:

Venetians today resist the idea that Venice at birth was not Byzantine, and therefore not Roman. “When I say ‘Venice was not originally Byzantine by any means, it was Carolingian’ the tourist guides rebel! ‘It can’t be Carolingian’ they say. But it is!” Say Caloan.

For a bit more on the later Venetian/Genoan monopoly on the slave trade in Mediterranean/Black Sea, I recommend this source as a follow up:
Montagna, SLAVERY IN MEDIEVAL ITALY.

For an excellent breakdown on the Byzantine Empire's use of slavery (trade-routes, rates of exchange, people traded and to whom and so forth--and Venice's role in all that) I recommend Youval Rotman's paper, The Medieval Mediterranean Slave Trade.

We'll be dealing with the Carolingian attempted invasion of the Venetian lagoon, political infighting, the attempt by the doges (yes, plural) to set up a hereditary monarchy and the overly theatrical assassination of the Patriarch of Grado next! 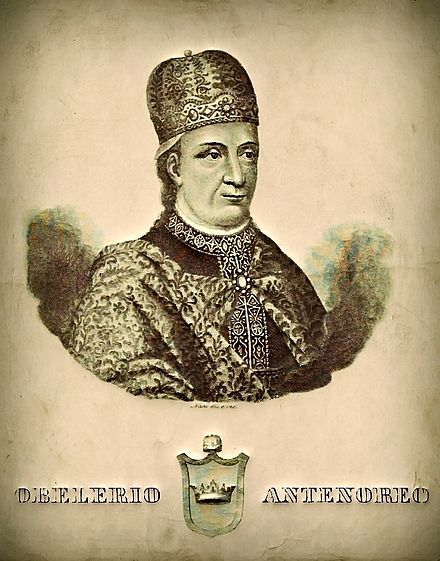 Things go badly, coups are attempted, the Antenori fail to learn the lessons of history and as usual the Venetians pitch a mostly-defeat as a glorious unifying victory.

In which we discuss the office of the doge, the importance of grabbing children from market places to count votes, and at least in part why the Venetians loathed monarchies so much. Also, a surprise tongue twister cameo from Danny Kaye!