This is part six of a seven part series on the Ukrainian anarchist Nestor Ivanovich Makhno. If you want to get some context from the time of Catherine the Great (and her en-serfment policies), the dissolution of the Hetmanate and Crimean Khanate and Pugachev's uprising against Catherine the Great, click here. Or if you like to live dangerously, and fly without instruments or context, continue on ahead without clicking a single link. I dare you.
For a brief history of the Russia Civil War through music click here.
For my previous work on the callous and comically incompetent reign of Alexander Kolchak during the Russian Civil War in Siberia click here.
For the episode where we discuss Nestor's troubled childhood, the Mennonites and whacky assassination antics, click here.
For the episode where we talk about Nestor's return to Ukraine from a Moscow prison and his organizing in his hometown click here.
For the episode covering the horrors of 1918 (along with Makhno's long picaresque journey to Moscow, his daring return and all that I couldn't condense into a fifteen minute talk) click here.

*Note. I mistakenly attribute Makhno's victory over Wrangel as delivering the floundering Bolsheviks from the jaws of defeat. That is incorrect. That was the year previously, 1919, against the Denikinist general Slaschev. This is why we always triple check our timelines and notes before filming!

Too much to cover here, really. So what I'm going to discuss today is on the briefer side. Two things I didn't have time to get into in the video.

1. You're never safe in a civil war--especially the Russian one.
You know that feeling at the end of a long day, when your muscles begin to loosen and a sigh of relief leaves your lungs? I'm convinced that feeling didn't exist during the Russian civil war--all sides were as at risk to random variables and treachery as it is possible to be. Makhno's harrowing journey through Ukraine in 1918 was filled with near scrapes with death, often from Bolsheviks or other sectarian forces.

Allies were makeshift at best--partnerships of convenience really--and plausible deniability for the 'mysterious vanishing' or execution of members of nominally allied sides (like the Bolsheviks and Makhnovists) was high indeed. Even peace talks, the one place you would expect people to forebear from violence, were far from safe.
I'll let a passage from Trotsky speak for me here.

This letter was written about a month before Trotsky would try the exact same gambit on Nestor Makhno. Trotsky failed to assassinate the head of the movement, but killed several of Makhno's highest level commanders.

Treachery wasn't a bug--it was a feature of the Russian civil war.
So when Trotsky executed the heads of the Makhnovists, that wasn't a unique act of special perfidy. Trotsky has plenty of those, both in his past and coming up in the historical timeline (cough cough Kronstadt cough cough). No, killing someone at a meeting under false pretenses  was standard operating procedure during the Russian Civil War.

Makhno himself had used the pretense of a meeting and negotiation with Grigoriev, the Red army pogromist and defector to the Black Army, to put the man in a position to be charged with his crimes and swiftly executed some time before. That is not to imply a moral equivalency between Makhno and Trotsky, because Trotsky had no morals and never did. It is a reflection of the horrifying, corrosive effect of a multi-party civil war tacked on to the end of WWI that meetings between parties were by default considered unsafe and the prime opportunities for assassination.

There was a song that was of special interest to me that I didn't get to address in my previous post on the matter. The song is of a type that is common in the civil wars of most countries--the sort of song with a catchy beat but lyrics that change depending on what faction you belong to and what political beliefs you hold. An American Revolution example would be a song like "Yankee Doodle" which had different lyrics depending on whether you were a loyalist or rebel. The Mexican civil war had the now famous "La Cucharacha" which had a variant for each faction and sometimes focused on the lack of weed, alcohol or some other commodity instead of the more abstract notions of revolutions.

The song that comes the closest to this in the Russian Revolution is "Yablochko". While the dance was first choreographed in the late twenties, the song and rhythm were popular among members of all the major armies (Red, White, Black).
It was especially popular among the Russian sailors, who had long used this style of song and rhythm. One of the Red army versions of this song can be found below, lambasting everyone's favorite punching bag, Kolchak of the White army. You may want to turn on CC for the lyrics.


Here is a possible Black army version that especially praises Makhno, though I haven't been able to vet that this wasn't a later adaptation as I don't read Ukrainian but I DO have the internet so hurrah.

Here are the lyrics of one of the song above (using only the finest in online translating services so it's not likely to be a perfect translation, but it allows one to get the point).The song shows that the Makhnovists were hostile to both Wrangel and Bolsheviks, as lyrics insulting both can be found below.

Eh, apple, yes you soaked, Goes father Makhno - black banner. Here floats a steamer, circles with rings, Let's feed the fish we Komsomol members! The steamer goes past the pier. We will feed the fish to the communists!

Oh, girl, yes, the lips are ripe, Come to the hayloft, if you are brave. Oh, apple, you're my mature,

Here's a young lady goes, white skin, White skin, and a valuable fur coat. If you give me something, you will be safe.

Even more interesting is what I've found for lyrics when the Reds and Blacks were at peace, the song would reflect that.

From the lyrics you can see that this particular iteration of the song was sung before Alexander Kolchak's disastrous fall from Siberian dictatorship, and during a period where Makhno and the Bolsheviks were on friendlier terms than not (See the final lines). I love little moments like these where history seems to be frozen in amber, through song. It grounds the reader in time, lets you forget that you know how the whole horrorshow ends up.

Here's the Q and A! We talk about Trotsky Bingo, the horrifying casualties of the Russian Civil War and whether Makhno's statue in Huliapole would look better or worse if it featured him with a mustache (as he was sometimes wont to wear).

That's all I have for right now, but I'll be seeing you lot again soon. Feel free to subscribe to the site below, as it really helps me out. 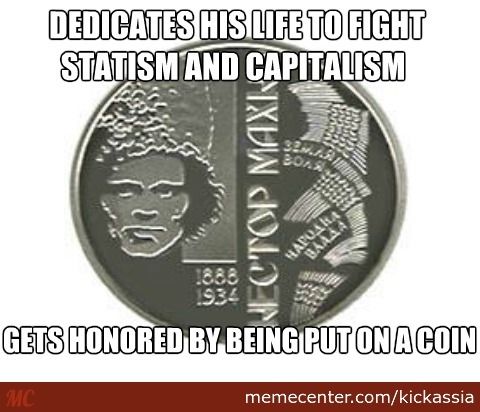 Makhno flees to Paris with his family, and does his best in a bad situation, rubbing shoulders with other anarchists and struggling to make ends meet doing menial tasks. Also, a cameo by Mecha-Stalin. 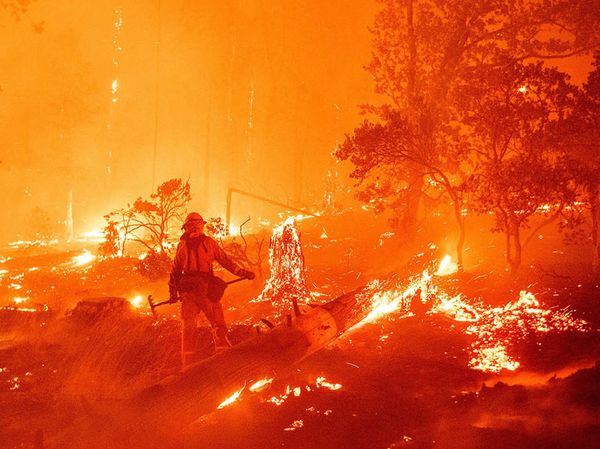 The Amakasu Incident, occurring in the aftermath of the Great Kanto Earthquake of 1923 and an outgrowth of the infamous Kanto Massacre, is relevant today as the United States experiences similar political tensions to Imperial Japan nearly a century ago.